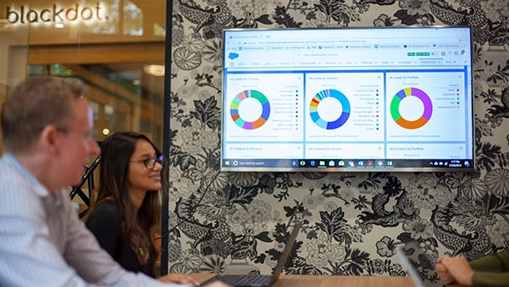 This prestigious consulting firm focuses on implementing strategic change for its clients that results in lasting customer-centric growth. Its clients include HSBC, JP Morgan, Deutsche Bank, eBay, AstraZeneca and Samsung among many other high-profile businesses.

Since it was founded in 2001, Blackdot has helped enterprises globally solve complex customer challenges, improve operational efficiency, and transform how they go‑to-market.

In 2011, the firm was looking to expand its services out of Australia to other parts of the world, starting with North America and Europe. Its management team met with Sydney-based Kreston Stanley Williamson (KrestonSW) and explained that they were seeking advisers who could not only deal with the basics but help them through the tax complexities involved with international growth and ensure they remained tax-efficient and compliant.

We worked with them to define and document the service relationships between their proposed offices in various countries. As part of this, we introduced them to Kreston US member CBIZ, James Cowper Kreston in the UK and Ardent Business Advisory in Singapore.

The co-ordinated approach between all the parties meant Blackdot received a seamless global service, and we are delighted that their overseas businesses have enjoyed strong growth in recent years.

Blackdot’s CEO Marty Nicholas said: “We had ambitious plans to grow internationally and were guided every step of the way by our Kreston partners. Our international expansion has been a great success and we, of course, continue to work closely with Kreston Global during the next stage of our journey.”

“We’ve enjoyed a long-term and successful relationship with Blackdot over the years which has led to a deep understanding of the business and its aims. We were very pleased to introduce them to the Kreston Global network which proved so valuable.”