CONCEPTION & BIRTH OF THE FIRM

Weston Williamson, a friend of John Gibb’s, who had been in share broking, joins them and soon becomes the third partner in the firm. Soon after, they’re joined by a young Sam Shun, who had swum the Yellow River on his father’s back as a 4-year-old to escape from China.

The firm moves into King George Tower (now the American Express Building) as one of the original tenants.

They look after mining exploration companies during the mining boom; Bill also becomes one of the most experienced accountants in the advertising industry – many of these clients are still with us.

They are also the original accountants for World Series Cricket and John even gets involved in the movie Crocodile Dundee – exciting times!

John Gibb decides to part ways with Bill, Wes, and Sam, heralding a new chapter in the life of the growing firm.

Stanley & Williamson (S&W) is born, established by the three continuing partners and still resident in the American Express Building.

In January, the firm moves to 34 Burton St, Kirribilli, again the original tenants (and we’ve been there ever since).

Michael Goodrick, our current Managing Partner, joins in 1984, a 19-year-old university student with a massive moustache!

Wes Williamson resigns and moves to England and France where he remains today, still in close contact with us.

Bill and Sam remain the common denominators in the firm throughout the 1980s and 1990s – and that’s continued until the present day.

Ben Barter joins the firm from an auditing firm in Armidale. After an extended overseas holiday, he returned to the firm and became a partner in 2003.

Darren O’Malley, a qualified Chartered Accountant with considerable experience in the industry, joins us in 2002 and becomes a Partner the following year.

Quang Tat also joins us at this time and was admitted as a Partner in 2009, now heading the bookkeeping and management accounting areas of the firm.

The firm joins Kreston Global network – a worldwide association of accountants, providing access to overseas expertise in over 120 countries across the world. This has helped the firm grow significantly in recent years.

Sam Shun resigns as a partner but stays with the firm as a consultant.

Bill Stanley resigns as a partner and has also remained as a consultant, now working 2-3 days a week on client and internal affairs.

Kamal Thakkar joins the firm, bringing a new depth to the auditing capability with experience in Australia and the UK. He becomes a partner in 2018.

The Stanley & Williamson rebrands to Kreston Stanley Williamson, adding the name of the global accountancy network Kreston Global as part of its identify. This rebrand also includes the audit and assurance division of the firm, S&W Audit and Assurance Pty Limited to KrestonSW Audit Pty Ltd.

The launch of S&W Wealth with Dean Holmes of the Wealth Network.

“The firm has reached its fiftieth year and we’re still going strong. We still retain clients dating back to my days with J.G. Biddlecombe & Co.

In fact, the majority of our clients have been with us for a long time and include families of original clients and referrals – a testament to the level of continuity and care we provide here.

But you can never rest on your laurels. We believe that we need to maintain these high standards over the next 50 years too…” 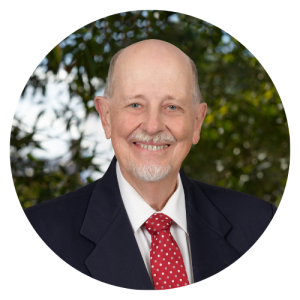 Solving difficult problems faced by businesses in a practical and common-sense way. Well-honed commercial acumen and negotiation skills that have helped him secure the best outcomes for clients.

In July 2014, Bill moved from the role of partner at the firm to consultant – and hopes to be able to continue doing this for a few years yet (despite 50 years in the business already!)

WHERE WILL YOU FIND HIM ON WEEKENDS?

Not too far from a glass of wine – has been involved with a vineyard and winery project in Upper Hunter Valley.

Other than that, share investing, driving historic cars, sailing, skiing, tennis and golf. Or spending time with his wife Margaret, three sons and five grandchildren.

This is slightly more sedate than certain past pursuits and interests: his motor racing exploits between 1959 and 1982 included competing in 14 Bathurst races and a second-place outright in 1966, driving a Mini Cooper S!

Got a question or need a quote?