The Federal Budget was handed down on 3 May. A few days later, the Prime Minister confirmed that we would be heading to a 2 July election, leaving us with a caretaker government until then. In short, this leaves a high degree of uncertainty surrounding the implementation of measures announced in the Budget.

With that said, the Budget did contain some positive news for small businesses – click here for the details.

TAX PLANNING – WHAT TO DO PRE 30 JUNE

If you have provided Fringe Benefit Tax benefits to your employees this FBT year, you may be required to pay Fringe Benefits Tax. These benefits might include a company car, private health insurance cover, holidays, low interest loans, meals or entertainment.

Our article covers the latest updates and a list of initiatives that you as an employer can implement to reduce the amount of tax you have to pay.

WHAT DOES THE BUDEGT MEAN FOR YOUR SUPERANNUATION?

It has been a fortnight since the 2016 Federal Budget was delivered by the Turnbull government and unlike previous years, there were many proposed changes to superannuation.

Click here to read how these changes could affect you and your super.

FOREIGN INCOME AND THE AFTERMATH OF PROJECT DO IT

If you could free up an hour of your time a day, you could create a month a year for yourself. If you’re a business owner imagine what that could mean for you? Perhaps you could use this extra time to focus on growing your business. Or maybe you could take four weeks additional holiday.

The following article gives you four simple ideas that will help you delegate tasks and free up some of your valuable time.

At Stanley & Williamson we have a team of around 25 people. We are fairly sure that you won’t know everyone, so we’d like to start introducing some of them to you in this, and following editions.

Name: Helen Lansley
Position: Manager
Has been with us for: 7 years
Loves: Sparkling wine and playing soccer
Loathes: Arrogance in people
Is passionate about: Her family (Husband Steve and gorgeous son Sam) 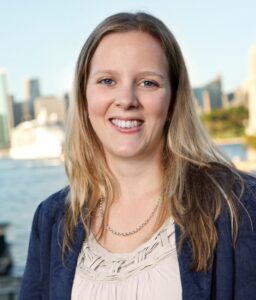 More business is lost every year through neglect than through any other casue.
Rose Kennedy